This Mascot is Ready to Roar for the Niagara River Lions 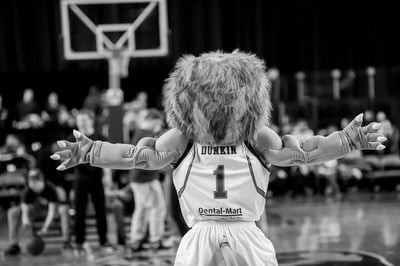 In 2015, a new NBL (National Basketball League of Canada) team was launched in the Niagara Region. The team calls the Meridian Centre home, located in the heart of downtown St. Catherines. To come up with a team name, an online public contest was held. The name “River Lions” came from the Niagara Region's coat of arms, where the crest features a mythical beast, a River Lion. This creature symbolizes pride and strength within the community, which this team definitely lives up to. Naturally, the Niagara River Lions team wanted a fun, active mascot to engage fans at games and events.

Meet Dunkin, the mascot of the River Lions. The River Lions came to BAM Mascots wanting to create a unique and friendly looking character that children and adults would enjoy. We came up with a custom mascot costume, following consultation with the organization to determine the design. The final creation came out purrrfect! The River Lion looks fit and ready to play, and the green and blue mane, based on the team's colours, adds eye-catching appeal in the crowd of spectators. 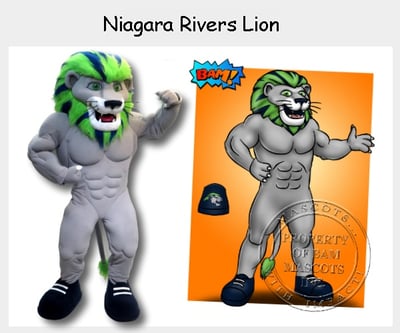 The Niagara River Lions use their mascot almost everywhere they go. Being a public face of the organization, the River Lion mascot Dunkin naturally takes on the promotional roles during games and community events. 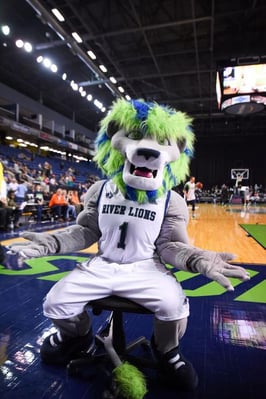 During the team’s basketball games, Dunkin is the captain of the cheering team and the overall fan experience. Whether he is dancing in the middle of the court, interacting with the fans, or shooting swag into the crowd, Dunkin offers prime entertainment when the players are taking their breaks or time outs.

The team also volunteers for multiple charity events around the Niagara region. They love interacting with children and having fun. For example, some of the players and Dunkin volunteered with Canadian Tire's charity organization, Jumpstart, where they spent the day playing with children.

Dunkin also represented the Niagara River Lions during the Big Brothers and Big Sisters of St. Catherines- Thorold & District Jail and Bail fundraiser. For this fundraiser public figures are arrested for a short period of time and others in the community can “bail them out”. The bail money then goes to charity. Dunkin was singled out and temporarily placed behind bars! 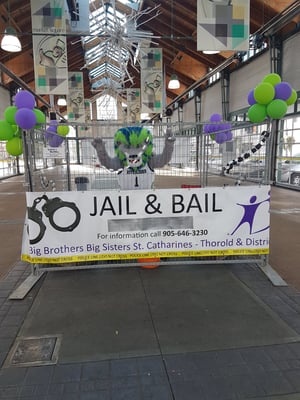 Dunkin has been a great asset to the team, providing nothing but positive publicity during local charity events, parades, and of course, the basketball games. If you are ever in the Niagara region and want to see Dunkin in action, go see him and the rest of the Niagara River Lions play at the Meridian Centre.

If your team is looking for a mascot costume, look no further. Your sports organization can get a custom made mascot costume, just like the Niagara River Lions did. We'd be pleased to work with you! Contact us for more information and a free pricing. 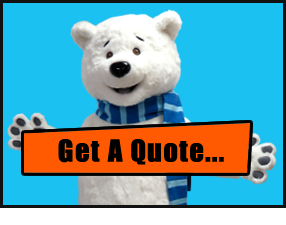 The BAM Mascots team blends creativity with manufacturing excellence to create an innovative, high-quality mascot for your school, sports team or organization.  With more than 25 years experience in mascot design and manufacturing, and hundreds of mascots in our portfolio, the BAM team has the knowledge and skills to bring your dream mascot to life.  Contact us today at 1-877-858-4226 to get started!