From Explorer to Gladiator - John Cabot 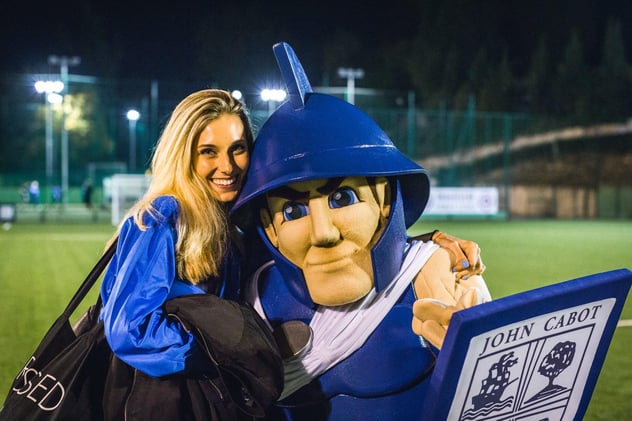 Mascots can be used for an array of different purposes - from increasing school spirit, to brand awareness and recall, to promoting events. Mascots are renown over the world for being able to personify a range of attributes and communicate messages.
We get to work on many exciting projects and mascots, and occasionally ones with historical significance. Introducing the John Cabot University Gladiator, a mascot that draws from the ancient Roman tradition of fierce and noble warriors.
John Cabot also has a rich history, in fact, the university is named after the Italian explorer Giovanni Caboto (Anglicized as John Cabot). He lived in the 15th century and “discovered” Cape Breton and Newfoundland. He is also said to have been an inspiration for explorers such as Christopher Columbus.

John Cabot was a dual citizen of England and Italy, and his sense of adventure makes him the ideal symbol for the University, that revels in the culture of both American heritage and its Italian location. John Cabot University is self-defined as ‘An American University in the Heart of Rome’. Although located in Italy, the courses are primarily taught in English and the University is accredited by the Middle States Commission on Higher Education.
The mascot for John Cabot University draws from the American varsity style, intertwined with the Roman influence, creating a visually stunning mascot with an interesting backstory.
The Gladiator Mascot was created as a way to represent their students, athletes and faculty during school events and games. When we created this mascot, we incorporated the school colours and the school’s crest on the mascot’s shield. When designing a custom mascot costume, we’ll think through any props with you that could augment the overall look, or be used during a performance.
The John Cabot University Gladiators participate in multiple sports, and due to the European location they have a huge focus on soccer, with the more traditional North American sports such as basketball, volleyball and the cheer team all getting motivated by their new mascot.
At BAM! Mascots we create bespoke mascots for a range of clients across the world, to discuss your unique mascot needs or to find out how we can help you, click the button below: